Since April of 2016 I’ve taught myself the art of raising chickens.Several weeks ago the first-ever eggs were layed .Winter is here and Cockadoodle doo .

May God bless you as you enjoy my short clip olof my flock egg layers.

Seems video clips aren’t there.if I can figure it out live follow ya.

Couldn’t find a good baby bear(cub) picture thus the baby tiger cub will do the trick here. Did anyone see the game. We lost. 1-0 to dem dang INDIANS from Ohio. Nothing but pitching. Goodness they host some talent in a World Series only one team will be the champion. The best of the major leagues will be at it again tonight no doubt as the northerners host the 4th game of 7. It is the time of the cub. I think win.bing it all in Cleveland to save us from Tearing Wrigleys Field down when we do win the series. We R here n no turning back time we will.just have to watch email duke it out. Since moving away several times from Chicago n endured the last 39 years (58 really but feel 40) rooting. Go Cubs Go. My cousin a cardinal fan sayin they was eating cub steaks well it’s illegal to do that n he was a sore sport even as I ate my Cardinal Stew.

My true and faithful all through my life you have my heart and soul how do I know,thank you.
I  pray this day your healing power touches Sandy. Her back pain, her feet, depression. Please lift my mission to you Jesus. As it has grown I have learned as your humble servant to listen, hear your voice. The thunder rolls, this mighty soldier is ready at your call Jesus. I seek only Satan, so many imitations of him through the demons of his world,not mine.
I feel your hand upon me, your rock I build your Homeward Bound take my golden heart n this Holy Ground I walk upon and give it life through me Lord.
The body ripe roll, the grapes of your wrath will be over in a heartbeat. These hills mark my family and its ancestral right. I know something telling my soul to keep on this trail. Untimely to onlookers protect and lift me through these songs I sing. Hallelujah, Jesus, Hallelujah,Heaven.
Praise be to you,forever let my light so shine!
Thank you Jesus!
General Bebo T. Hope 2016′

This day is the day that the. LORD HAS MADE. We must rejoice n be glad in it.Psalms 118:24

My GOD he is an awesome GOD. He is there always. As we approach Fall season here in the central MISSOURI area the Lake of the Ozarks is ready to change colors as the leaves turn their many vibrant colors it is such a hand of GOD using his paint brush across the oak walnut n other varieties of trees always amazing the viewers I included and as if by design the leaves begin to die  on this final journey of its harvest be it walnuts. Or the acorn of the oak it’s soul purpose to produce a seed so it might grow more mighty trees.

We take for granted the life of our world. It’s been here along time we are just visiting for a short moment. Without nature doin the work of producing oxygen for us to breathe and we in turn produce carbon monoxide gases which feeds the green trees n plants that must have this poisonous gas to you n I but a life sustaining role in this world.

Pushing seven billion lives to extremes with all we do to make our world liveable. You think our GOD cares? Yes he does he has giving mankind a world with every need we have right in front of us. The one ingredient missing is universal love n harmony. Where together a society of peaceful and loving ways could solve all its problems. Together we must build a better today for tomorrow. And to utilize our resources I believe we can cure diseases such as war. Famine. Poverty. Drug Addictions. Even the common cold with over 200 random strands of the deadly  virus is still under the microscope for cures.

Stop look around us people. Together we must decide soon. I know which directions I ‘ll choose that’s life with one GOD one church  n when eternity gets here one King Jesus.

How much would it cost. Especially if we were all in this together. I have six wonderful children .Five grandchildren all who live life and GOD in their lives.Whoever gets a seat  in Washington,D.C. as our leader hopefully the GOD we have will be the same.

There’s a  Cat. Stevens song makin a comeback called ” Peace Train ” I’ve been tracking my brains n work in out the details for a real live Peace Train turnout God’s land. Keep me in your prayers and thoughts as  myhomewardbound.org is on the case.

P.S.  your help is wanted to help my mission n those I serve. GOD Bless

I pledge allegiance to the flag of the UNITED STATES OF AMERICA. AND TO THE REPUBLIC FOR WHICH IT STANDS ONE NATION UNDER God INDEVISBLE WITH LIBERTY N JUSTICE FOR ALL.

End of the month. Here comes summer’s end. The 21st September I reckon is first day of autumn here in the hills n byways of the Ozarks.

Tryin to get to the bottom of things like the last sip milk I member that sip good. A homemade apple 🍎 dumplin cake. With cinnamon roll icing. Gained few calories just rethankin that after dinner aftif. Summer of 2016 will b historical for years to come. I shoulda ate more ice cream n watermelons maybe next year.

is the sunsettin or risin. All u science scholars orta know it ain’t a doin a thang we earthrock are guilty of turnin the world upside right by our revolutions of rocks not people.haha

can you change anything by dreamin n writing stuff n sleepin till noon most days. Well,yeah I did finish the chicken coop pictures no doubt comin to Better Coops n Gardens fall issue. Can’t get no  eggs out of Dem chickens yet. I spoke to them accordingly to avert a trip to the drive thru at Kentucky fried chicken.

Food for summer. Wow. Of all my cookins n bbqs n stuff I did invent in my kitchen pizza from the upper crust. The one at top is a Sicilian Italian Sausage w jalepeno n scallions n mozzarrella melted on top. Mmm. Wish u coulda been here. No I ate the whole thing. Hahaha…

One last thought. How many Cubs do it take to win this day.? Nine n one more run than the other team.

https://youtu.be/z6TOvY0nk-E We the people , you n I . Must give our world a peaceful resolution to this kamikazzee war we have had these last several…

“the abstraction of molasses from sugar cane”

the old garbage can to glow with a silvery greyish emulation.

we mounted the photo on print board and entered this ‘garbage’ into the contest.

Thought to enlighten the form of these two abstactions for your enjoyment.

sumptin to doing with their teamwork,

but right now the General is gonna see if Mr White will get er in the late edition or tomorrow’s Daily Post. 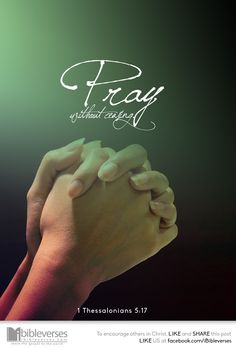 via A Hundred Prayers a Day ~ — CHRISTian poetry ~ by deborah ann

MAY ANGELS LEAD YOU IN

current blogged posts of the General

International Headquarters of the Hobo Univercity's Missions for Jesus